Back to Project Details

The free zone receives a number of benefits targeted towards its developers and occupants. 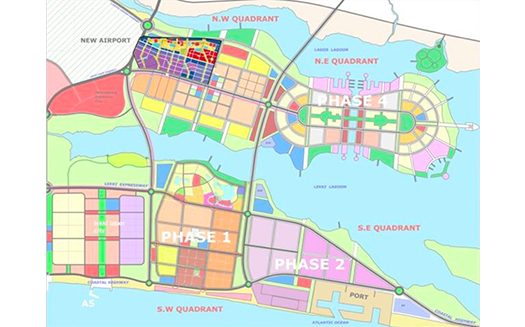 The Lekki Free Zone, created in 2006, is a modern free zone managed in accordance with international best practices. The zone’s 16,500 hectares are divided into four quadrants and managed by various operators, benefiting from Lagos State’s position as the premier distribution hub in West Africa.

The Lekki Free Zone is located in the southeastern corner of Lagos State, facing the Atlantic Ocean to the south and the Lekki Lagoon to the north. It is bordered by five kilometers of coastline and is 50 kilometers from Victoria Island, Lagos.

The Zone is fast attracting local and foreign investors. The largest oil refinery in Africa, a fertilizer plant, petrochemical plant and a sub-sea gas pipeline project is under construction by African richest man, Alhaji Aliko Dangote, and valued at $17 billion. The largest Deep Sea Port in West Africa is also under construction opening up access for export to West Africa and beyond.

The Lekki Free Zone is regulated by the Nigerian Export Processing Authority and is subject to the laws of the Federal Republic of Nigeria.

NWQDC is authorised by both the Federal Government of Nigeria, through the Nigeria Export Processing Zones Authority, and the Lagos State Government as an entity to develop, operate, administer and manage Alaro City.