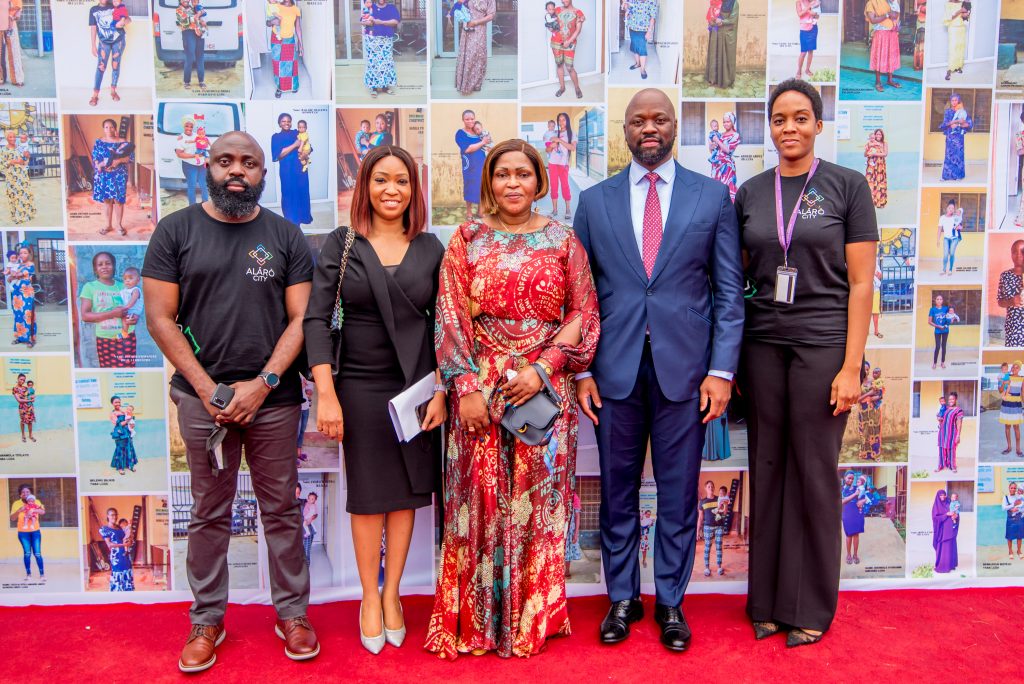 Members of the Alaro City Team with the SA Office of Civic Engagement, Princess Aderemi Adebowale

Efforts to reduce maternal and infant mortality rates in Lagos State have received a boost through a partnership between Alaro City and the Lagos State Office of Civic Engagement, whose Mother, Infant and Child (MICH) Program provides disadvantaged pregnant women in the state with nutritious food items to improve the health of the mother and aid the brain development of the child.

The MICH Program, which was flagged off in July 2020 by First Lady Ibijoke Sanwo-Olu, provides pregnant women in all the 20 Local Government Areas and 37 Local Council Development Areas of the state with basic food items during and after pregnancy and delivery. It targets less privileged and pregnant women living below the poverty levels within the state.

Governor Babajide Sanwo-Olu, while launching the latest phase of the initiative targeting 5000 women, said: “The MICH programme is a component of the ‘Womb to School’ initiative, which is a basket of social services aimed at supporting the development of socially responsible citizens from the womb through infancy, childhood, and into adulthood.

Through this initiative, we will reach out to indigent pregnant women in the state, to ensure they are well catered for during the period of their pregnancy in order to ensure safe delivery and healthy mother and child. Our target is to reach 5,000 underprivileged pregnant women who would be selected by doctors and specialists in each primary health care centres across the state to access the MICH food packs, which contain recommended daily nutritional composition of Protein; Carbohydrate; Lactose; Milk Fat; Fiber; Vitamins A, C, D3, E, B1, B2, B6, B12, Calcium and Folic Acid.” 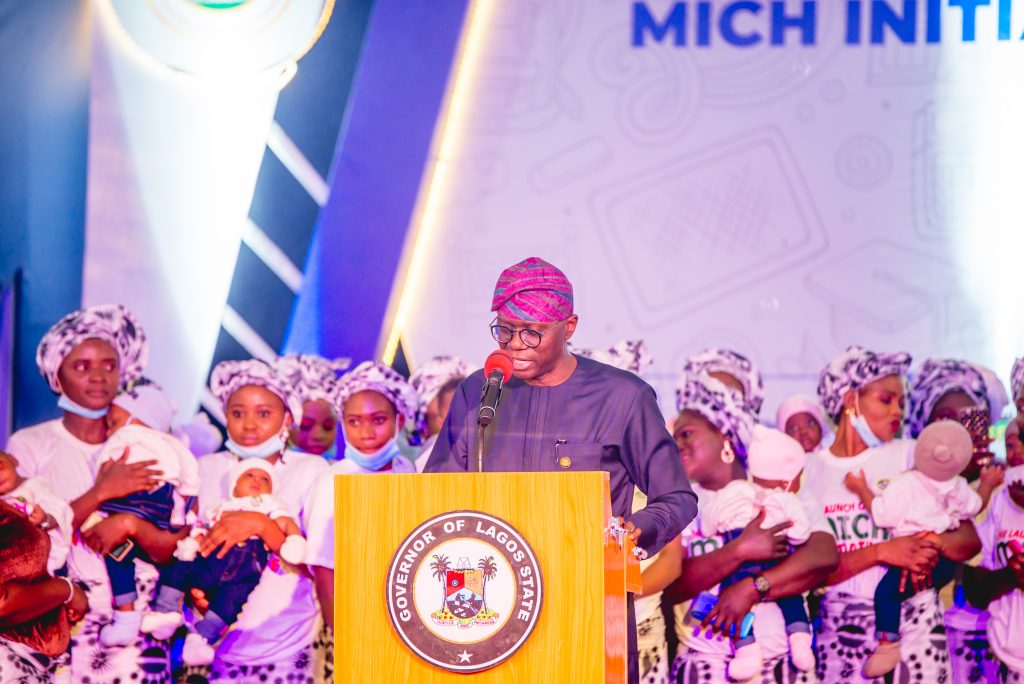 Special Adviser to the Governor on Civic Engagement, Princess Aderemi Adebowale, said the MICH Program targets 15,000 beneficiaries within its first three years and would benefit from support from public and private organisations. “We are pleased with our partnership with Alaro City, which supports us in our work to ensure social cohesion through a systematic build-citizens-from-the-womb strategy, with particular focus on the development of the unborn child into civically responsible and collaborative citizens,” she said.

“The MICH Program ties in perfectly with Governor Babajide Sanwo-Olu’s efforts to secure the future of Lagos State. Every life in Lagos counts, even from the womb, and this is what drives the strategy for the MICH Program. We are urging more organisations, both public and private, as well as international development agencies, nongovernmental organisations and well-meaning individuals to partner us on this work of building the future of our dear state.”

Alaro City, the new city being built in the Lekki Free Zone, will support the MICH Program with sponsorship for 50 pregnant women in the Epe area. Launched in January 2019, Alaro City is planned as a 2,000-hectare mixed-income, city-scale development with industrial and logistics locations, complemented by offices, homes, schools, healthcare facilities, hotels, entertainment and 150 hectares (370 acres) of parks and open spaces. Alaro City, a model for Public-Private-Partnerships, which are a key focus for the Lagos State Government, is a joint venture between Rendeavour, Africa’s largest new city builder and Lagos State, the economic and financial nerve centre of Nigeria. Over 5km of initial road networks with rain garden drainages and cycling lanes are under construction; as well as power, water and sewerage infrastructure.

In the first two years of infrastructure rollout in Alaro City, recognition of the new city’s success has come from several quarters: from its master plan winning the international 2019 Architizer A+ Popular Choice Award, to it being awarded ‘Highly Commended in Africa’, in the SME Winners Category and ‘One to Watch’ among free zones globally in the fDi Global Free Zones of the Year Awards 2020. Also, within these two years, more than 45 companies are operational or under development, including Starium, a subsidiary of BUA Group, which is nearing the completion of its detergent factory, and Ariel Foods FZE, which completed the biggest Ready-To-Use Therapeutic Foods (RUTF) production facility in Africa, with an annual capacity of 18,000 metric tonnes. The factory is also the most advanced RUTF facility in the world.

Odema Ogbeh, Head of Operations at Alaro City, said: “The MICH Program aligns with two of Alaro City’s Corporate Social Responsibility (CSR) pillars: community and health. We always strive to ensure our CSR programs create long term benefits for our host communities, and the MICH Program allows us to do this in a potentially life transforming way. The Lagos State Government, which has been an excellent partner on our Alaro City project, has continued to show visionary leadership in improving the living conditions of Lagos residents. We are happy to support Lagos State initiatives aimed  at achieving this noble objective.”

The food packs, according to Ms. Ogbeh, will be provided to the beneficiaries on a  weekly basis at primary health centres which also ensures they attend their postnatal  check-ups. This also affords the Office of Civic Engagement the opportunity to ensure  continued monitoring of the health of the mother and baby, thereby aiding research on  the development of the child and testing of the outcomes of the MICH Program. The  nutritional composition of the food packs is essential to the healthy brain development of  babies.